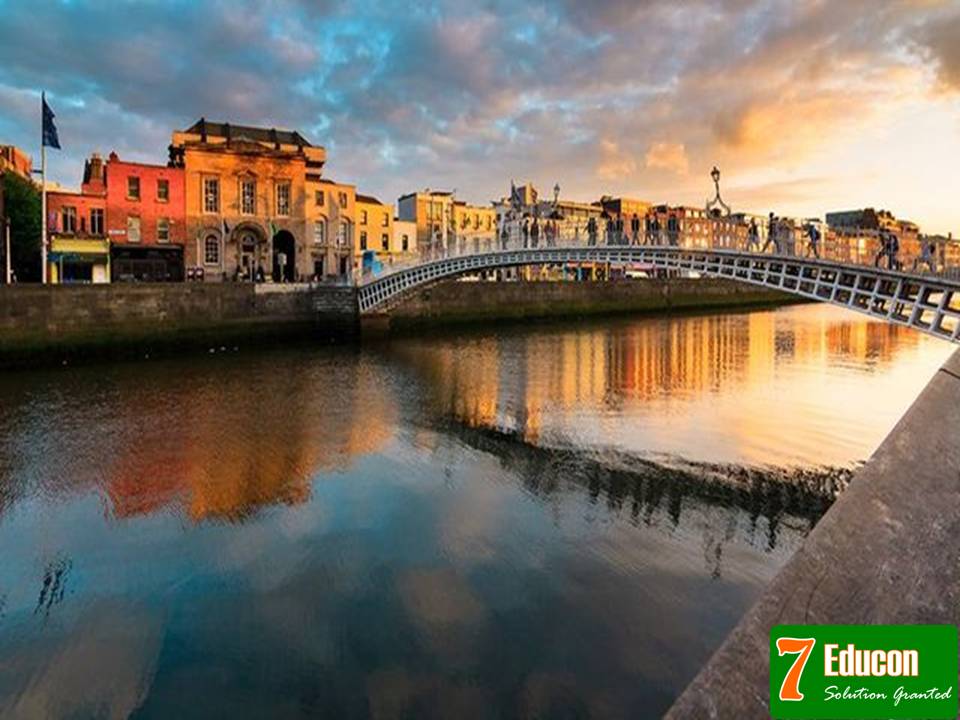 While students from India usually prefer to study in the top 5 study abroad destinations -- the United States, the United Kingdom, Canada, Australia, and New Zealand -- there are some who have started exploring other countries, specifically nations in the European Union. One such country is Ireland, which is fast emerging as a prominent education hub for international students.

If you want to embark on a journey and start your higher education in a foreign country that offers you rich city life and beautiful nature, then Ireland is the perfect place for you to study abroad. Ireland offers everything from some of the top universities in the world to beautiful scenery, rich history and access to the English language. Irish schools offer numerous programs starting from short-term courses to full-fledged degree programs in a wide range of subjects.

Ireland, or the Republic of Ireland is an island nation that is part of the British Isles. The country has a rich culture and tradition, which is most commonly depicted across the globe in the form of Saint Patrick -- one of Ireland's patron saints. Ireland also happens to be one of the countries in the European Union to recognize English as an official language.

Let us explore the various factors that are leading Ireland to become one of the most preferred study abroad destination among students from across the world:

Excellent education infrastructure
As previously stated, Ireland has an excellent education infrastructure, with most of its universities equipped with state-of-the-art amenities and academic resources. In fact, the progress made in the field of education has significantly contributed to Ireland's growing economy. For international students, this is an added advantage of studying in a culturally rich nation.

Safety first
Ireland is one of the safest and friendliest countries in the world, allowing international students to complete their course without worrying about their overall wellbeing. While petty crimes like pick pocketing are common throughout the world, students just need to be cautious about their surroundings to avert such rare incidents.
Home to several global industry giants: Some of the biggest multinational companies (MNC) can be found in Ireland. Companies like Google, Apple, and Facebook have headquarters in the Island nation, apart from Ireland's own homegrown organizations like CRH, DCC, and Kerry group. (Top HR recruitment consultancy)

Work opportunities
International students enrolled for full-time courses that are recognised by the IDES do not require an additional work permit to work in the country. However, they do need to have the proper documentation to be able to gain employment.

Endless Outdoor Adventure
Did you know that Ireland is a hotspot for water sports, cycling, sailing, kayaking, canoeing, caving, rock and mountain climbing, paragliding, and paintballing? With rugged landscapes and unspoiled terrain, Ireland is bursting with opportunities for adventure in the great outdoors.

Breathtaking Views, Everywhere you Turn
The Cliffs of Moher, Giant’s Causeway, Ring of Kerry, Glendalough, and the Aran Islands are only a few of the stunning sites in Ireland. It’s absolutely certain that you will never run out of striking things to see on the Emerald Isle.

Irish people. ‘Nuf said.
The Irish are famous for being some of the most hospitable people on the planet. Welcoming, kind, and generally endowed with a lively sense of humor, the Irish people in and of themselves are excellent motivation to study abroad in Ireland.

Do an Internship Without a Language Barrier
Doing an international internship is proven to boost your resume and make you more marketable after graduation. CEA offers the option to do an internship in Ireland, which lets you get international work experience without having to worry about a foreign language.(Short time HR Training)

There’s Always Something Going On
Whether you want to go to a Gaelic football game, a music festival, hear live Irish music at a local pub, or just walk through the city, there is always something to do or see in Ireland.

Take Classes in Almost Any Subject
From business to humanities to engineering, studying abroad with CEA in Ireland gives you a chance to choose from a huge selection of courses that fulfill requirements for most degrees.

Castles Everywhere.
There are over 30,000 castles and castle ruins in Ireland. For anyone who is even a little bit interested in exploring these amazing structures, Ireland is the place for you. Also, you might run into the filming places of Game of Thrones, Saving Private Ryan, Star Wars and Harry Potter.

You can take advice from education consultant in Mumbai who will assist you in finding the right college based upon your grades and interests. They will also help you out with the visa and accommodation process. All The Best!
Share this: